The sad passing of Prince 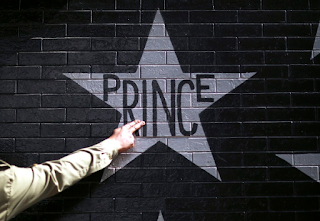 Prince, who defined the sound of the '80s with songs such as "Kiss" and "Purple Rain" and defied the music industry in a fight for creative freedom, died Thursday.
The 57-year-old singer was found unresponsive in an elevator at Paisley Park Studios in Chanhassen, Minnesota, Carver County Sheriff Jim Olson said.
Paramedics tried to perform CPR but were unable to revive him, the sheriff said. He was pronounced dead at 10:07 a.m., less than 30 minutes after sheriff's deputies responded to a medical call at the scene.
Authorities are investigating the circumstances surrounding his death, Olson said. An autopsy is scheduled to take place Friday.
'Purple Rain' and Prince gems: He went against the flow of the stream
Prince: the reign of a fashion icon
Prince's publicist confirmed his death but didn't provide details about the possible cause or who was with the musician.
"It is with profound sadness that I am confirming that the legendary, iconic performer, Prince Rogers Nelson, has died at his Paisley Park residence this morning," publicist Yvette Noel-Schure said.

Prince's 'overdose': Pop superstar, 57, had to make emergency landing in his private jet and be given a 'save shot' six days before his death, but refused to stay in hospital because he couldn't get a private room